Every so often, a house is so perfectly integrated into its setting that it seems to immerse within the surrounding landscape. This is the case with Swan House, a home that seems to miraculously float atop a dam in a rural setting close to Canberra, commanding an unrivalled outlook onto a spectacular vista.

First, there’s that setting. The area’s distinctive outline was created a decade ago, when flooding reshaped the site into its current state; the building’s striking form is a result of the architect’s unique response to this challenge.

Situated on a semi-rural site, the elegantly elongated floor plan of Swan House connects its residents to open space by forming a bridge between the two banks of the dam beneath it, which bisects the site. Swan House shares this imposing rural landscape with a plethora of native bird species who make their home there, including swallows and black swans. 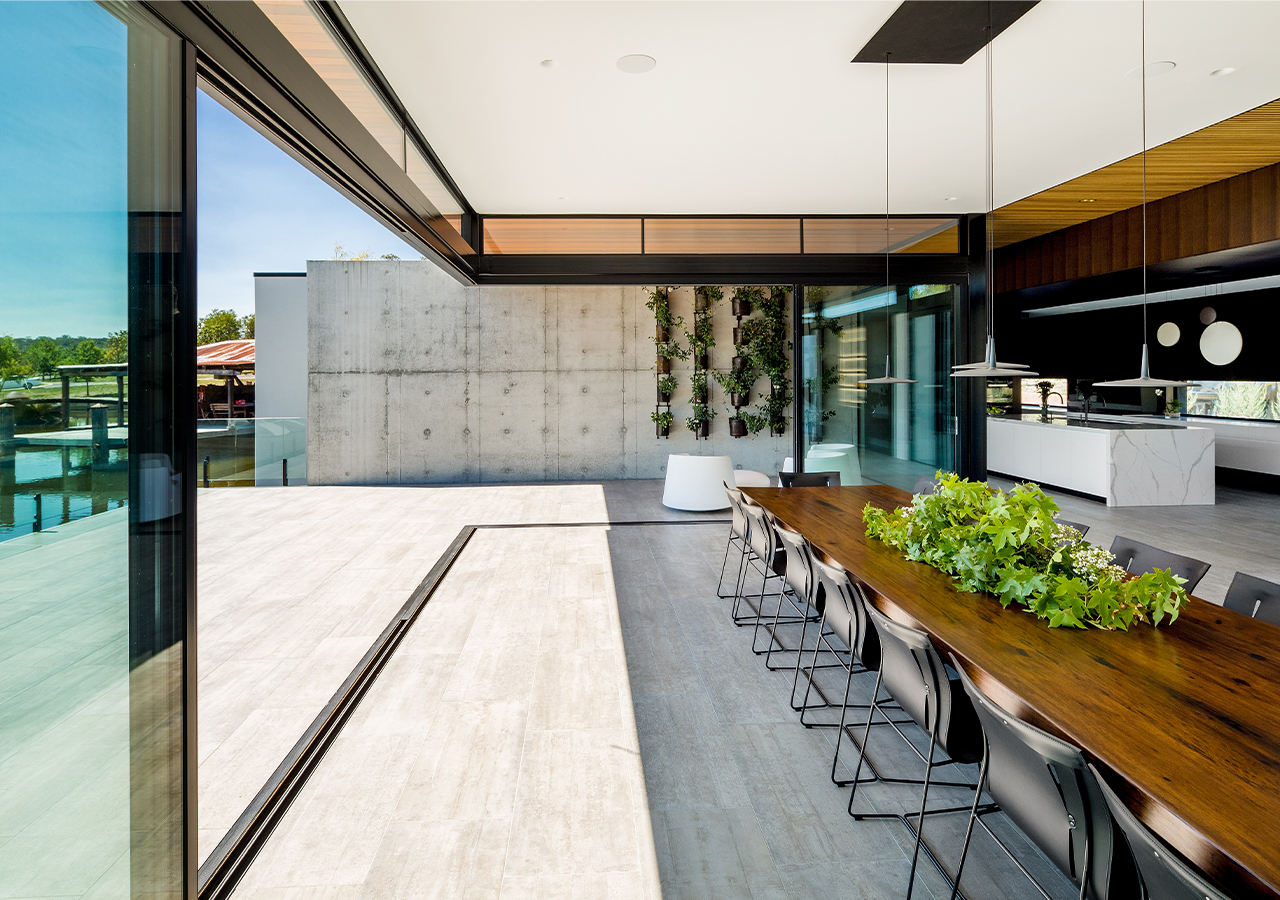 Creating a family home that would complement the setting’s unique potential was the daunting task faced by Collins Pennington Architects, who inventively responded. It was their idea to create a home whose low contours mirror the five-metre dam’s ground-hugging outline, becoming visually integrated into its structure. Complementing the house’s consistent watery theme is the bridge situated at the house’s entry, providing residents with a unique vantage point on new arrivals.

Swan House rests on the earth in a unique fashion, being perched on a series of massive concrete piers. With this ambitious substructure in place, the house above it spans a substantial 40-metre gap between the two banks of the dam. Water flows right under the house as a result, a unique approach which fully integrates this element into the living space.

The residence is constructed from concrete with decisively minimalist lines. The walls are clad in locally sourced granite and steel liners shipped especially for the project by the owner, recycled from projects carried out by his formworking company.

With its combination of substance and delicacy, Swan House is therefore based on a paradox – how can this substantial residence resting atop a dam simultaneously appears to invite the viewer’s eyes to pass right through it, as if it were a feature of the watery scene?

The trick is ingeniously achieved, both inside and out. The Schüco oversized door systems are a key element in creating this effect. By opening and inviting the outside vista within, they allow light to infiltrate the house’s translucent centre virtually unimpeded. The cube-like walls appear to float because of this optimal light admission, lending a shimmering appearance to the interior.

The walls feature full height glazing systems, offsetting the simple floorplan by reinforcing the house’s openness to the surrounding landscape. The glazing interspersed throughout the interior contributes to Swan House’s ability to seemingly melt away, leaving residents free to appreciate its unforgettable setting.

The interior’s ambitiously fluid design brings its own rewards. Each space appears to flow into the next, just as the water flows unimpeded under the house itself; each space is flooded with natural light, without excessive structural materials impeding those inspiring views.
Within, the three-bedroom residence converges on the entertaining hub, which is centralised in the streamlined, minimalist floorplan. This is in keeping with the client’s and architect’s goal of retaining a purity of space within the house itself, with each function clearly delineated. A glazed box within the entertaining hub incorporates local vegetation, bringing the natural world within residents’ field of vision.

Part of the challenge of Swan House was to frame the views delicately yet securely, as embodied in the Schüco door systems installed adjacent to the wall of the transparent entertaining hub. The visual fluidity introduced by Swan House’s internal walls required a door system capable of facilitating optimal access for residents without overshadowing the crucial visual element.

This is apparent in the calming, open plan, throughout the living room and kitchen. Here, light is faithfully carried through to the area’s impressively high ceilings, which are echoed throughout the house.

The Schüco doors also had to be of suitable size to frame the panoramic views of the natural bird and water life present in abundance here. As the site’s exposed rural location makes it prone to being buffeted by substantial winds, the doors also had to be sufficiently robust to withstand the physical trials imposed by this challenging setting.

Achieving significant thermal performance was a key consideration in the building design and specification of materials. Working in tandem with performance glazing and insulation throughout, the Schüco door system’s advanced insulating properties ensures a stable ambient interior temperature year-round by minimising energy leakage – an especially important property given the extreme seasonal temperature fluctuations.

Clearly inspired by the modernist philosophy that a house should form an integral part of its landscape rather than setting itself against it, Swan House inspiringly dissolves the boundaries between nature and architecture. 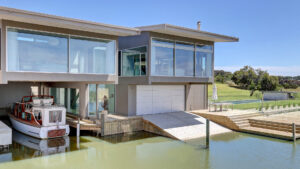 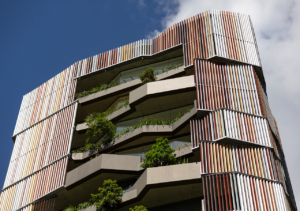 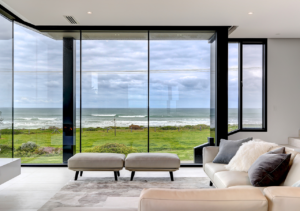 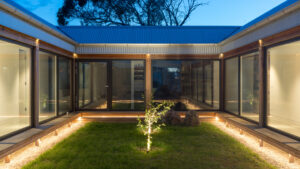